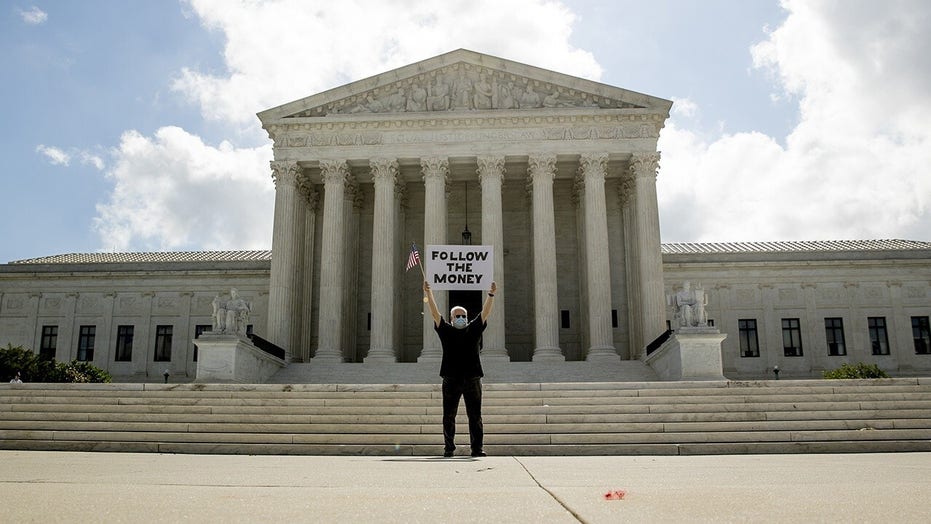 What do SCOTUS rulings on Trump’s financial records mean for the president?

President Trump will have less than two weeks to submit new arguments in his case against Manhattan District Attorney Cy Vance over a subpoena for financial records, including his tax returns.

U.S. District Court Judge Victor Marrero approved of a schedule that both sides had proposed after the Supreme Court sent the case back down for further arguments. Trump will have until July 27 to submit an amended complaint that includes new reasons for why a grand jury subpoena issued to accounting firm Mazars USA should not be enforced, after the Supreme Court rejected Trump’s claim of immunity.

After Trump submits his amended complaint, Vance will have until Aug. 3 to file a response. Trump will then have until Aug. 10 for another brief, with Aug. 14 as the deadline for Vance’s reply.

As far as what Trump’s new arguments will be, he noted in a Wednesday joint court filing that the Supreme Court mentioned several potential avenues that he could explore. These include arguing that the subpoena is overbroad and should be narrowly tailored, that the DA’s office’s subpoena is “motivated by a desire to harass or is conducted in bad faith,” that the subpoena is being used as a political tool meant to influence or retaliate against his official acts, or that compliance with the subpoena “would impede his constitutional duties.”

Vance countered in the same joint filing by claiming that Trump “has already advanced substantially similar allegations … which this Court rejected.”

Manhattan prosecutors issued a grand jury subpoena to Mazars for Trump's records as part of their investigation of payments made before the 2016 election to women who claimed they had affairs with Trump in the past.