SPRINGFIELD, Mass. ― Rep. Richard Neal, one of the most powerful Democrats in Congress, won his party’s primary on Tuesday, overcoming an energetic progressive challenge from Alex Morse.

“We ran a terrific campaign ― no mistakes,” Neal told reporters on Tuesday morning after voting in Springfield’s historically Irish-American Hungry Hill neighborhood where he lives and maintains a strong base of support.

“My approach to this is not much different than it would have been in this neighborhood when I first started,” he added, flanked by supporters holding placards with his name. “It’s still neighbor-to-neighbor, friend-to-friend and identifying your supporters and getting them out.”

Neal’s political impregnability is likely to increase when Massachusetts’ Democratic-controlled legislature draws new congressional districts to reflect changes in population distribution recorded in the 2020 census. Poll watchers expect lawmakers in the Bay State to cut some of the more liberal parts of his district in Franklin and Hampshire counties out of his seat.

Tuesday’s outcome is a disappointment for national progressive groups whose preferred candidates have ousted three House Democrats with more moderate views during this election cycle.

Given Neal’s seniority in Congress and history of coziness with big business interests, left-wing groups like Justice Democrats and the climate-focused Sunrise Movement concluded that unseating him would have an outsize impact on the balance of power within the Democratic Party.

As chairman of the influential House Ways and Means Committee, which has oversight over taxation and social programs, Neal has elicited the ire of his party’s left flank numerous times since Democrats regained the chamber’s majority in January 2019. His list of perceived offenses includes waiting four months to demand President Donald Trump’s tax returns (which remains the subject of a court battle), shutting down efforts to make a prescription drug bill better for patients, and derailing at the last moment a bipartisan effort to end the practice of “surprise” medical billing.

Morse, the mayor of Holyoke, Massachusetts, and his allies accused Neal of prioritizing the interests of the corporate executives that finance his campaigns. In this election cycle, Neal has been the top recipient of contributions from corporate political action committees in the House. Many of the groups that have spent most lavishly supporting him are drawn from the ranks of the health care, fossil-fuel and financial industries with money at stake in his committee’s decisions.

Neal, who has defended his fundraising as a necessary tool to keep Democrats in power, argued on Tuesday that the national news media overstates the strength of the progressive insurgent wave. He noted that challengers from the left have unseated just five Democratic incumbents in the past two election cycles.

“The press would have you believe that there’s this movement sweeping the nation,” he told reporters. “And yet the evidence doesn’t bear it out.”

Asked how long he thought establishment Democrats like himself could “hold on” amid the growing number of challenges, the 71-year-old Neal replied, “I intend to hang on ― you can be sure of that.”

Unseating Neal always loomed as an uphill battle for Morse, 31, and the movement backing him.

Progressive challengers who have won recent primaries generally have benefited from extenuating circumstances that made the incumbents they unseated more vulnerable than the typical member of Congress. The losing incumbents often have been either white members of Congress representing majority-minority districts, representatives viewed by constituents as absent from their districts, or lawmakers too complacent to take their challengers seriously.

Neal, who was mayor of Springfield before beginning his first term in Congress in 1989, did not fall into any of those categories.

In Hampden County, home to Springfield and the district’s largest concentration of votes, Neal supporters from varied ideological backgrounds ― all of whom call him “Richie” ― inevitably invoked the work he had done to help revive the region’s post-industrial economy, starting in the 1980s. An oft-cited example of Neal’s clout was his role in securing federal funding for the renovation of Springfield’s Union Station, which connects Massachusetts’ Pioneer Valley to Hartford, Connecticut, Boston and Vermont.

Ed Crowley, a retired school teacher who lives in Holyoke and voted for Sen. Bernie Sanders (I-Vt.) in the 2016 and 2020 democratic primaries, said he overlooked some of his concerns about Neal’s ties to big business because of the role he believes the incumbent has played in breathing new life into Springfield’s economy.

“Richie’s been a very active person in the community,” Crowley said. 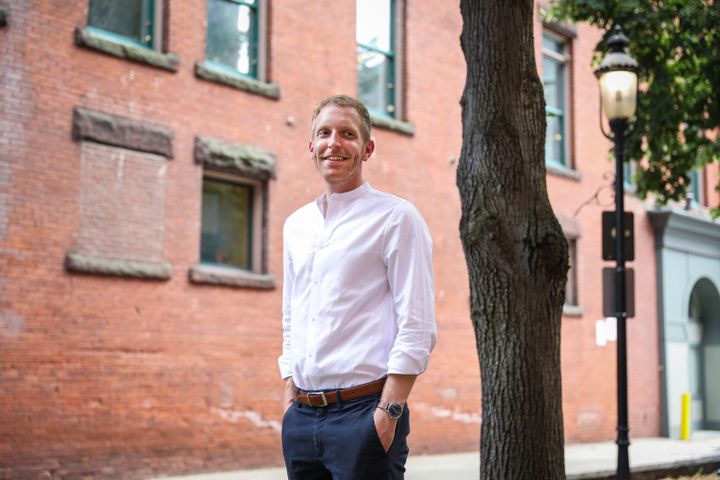 Morse also had to overcome skepticism from some voters that throwing out Neal was worth the cost of losing a member of Congress with a powerful post it took decades to obtain. Though well-connected members of Congress no longer leverage their seniority for federal dollars through earmarks, Neal has the ear of House Speaker Nancy Pelosi (D-Calif.) and some of the country’s top business and labor leaders.

“When your district has the second-most powerful position in the House under their control, you don’t give that up for a new guy on the street who’s going to end up with an office someplace in the cellar without a window,” said Jim, a retired commercial banker who declined to give his last name.

Morse’s candidacy burst into the national spotlight in early August due to a politically motivated attempt to smear him for sexual misconduct.

But Morse, who is openly gay, turned the discredited accusations into a rallying cry for progressives and members of the LGBTQ community. He ended up raising $1 million in the final month of the primary race ― about as much as he had raised in the previous 14 months of his candidacy combined.

A greater political liability for Morse proved to be controversies concerning his nine-year tenure as Holyoke’s chief executive, an impoverished city where an old anglophone guard resisted his efforts to bring the community’s Latino majority into the political fold.

Neal hammered his challenger for presiding over a state takeover of Holyoke’s public school system in 2015, as well as Morse’s allegedly spotty record of attendance at school board and regional transportation planning meetings.

With the help of last-minute cash injections from wealthy donors, pro-Israel groups, labor unions and corporate Political action committees, including nearly $500,000 in TV ads from the American Hospital Association’s super PAC, Neal may have managed to persuade some voters who had been leaning toward Morse that his mayoral record was disqualifying.

Lidya Early, owner of a health and wellness club in Chicopee and a Neal supporter, didn’t need any convincing.

“There’s a lot of concerns around us about [Morse] not showing up to certain initiatives that mean a lot to the community,” she said.