Sen. Chuck Schumer, D-N.Y., and Rep. Alexandria Ocasio-Cortez, D-N.Y., held a joint press conference on Sunday regarding the Supreme Court vacancy left behind following the passsing of Ruth Bader Ginsburg, and urged the country to pressure Republicans into delaying President Trump's potential nominee until after the November election.

Schumer, who spoke from James Madison High School in Brooklyn where Ginsburg was an alumnus, claimed that a Trump court nominee would increase global warming, decimate voting rights and set the country back decades. He also asked for two more Republican senators to cross party lines and promise to only vote on a nominee after the presidential contest is decided.

"We're here to protect the rights of women — their rights to their body, to choose, their rights to health care and equality would go down the drain if that wish were not realized," Schumer said. "A court with a kind of nominee President Trump will choose will undo all of that and not make global warming less likely but more likely and it will come quicker… We do not want to turn the clock back. And we only need two more senators who will abide by RGB's wish. Two said it. We need two more."

So far Republican Sens. Susan Collins of Maine and Lisa Murkowski of Alaska have signaled that they oppose holding a Senate confirmation hearing before this year's general election.

Schumer referred to Ginsburg as a "saintly" and "brilliant" woman who deserves to have her wishes honored. Ginsburg told her daughter shortly before her death that she wanted the person who would fill the seat she vacated to be selected after the election.

The New York lawmaker on Sunday also cited Senate Majority Leader Mitch McConnell's decision to refuse Barack Obama's nomination of Merrick Garland to the high court, as precedent for such a delay.

Ocasio-Cortez was then given the mic and almost immediately called on political activists to begin organizing and targeting Republican lawmakers who are slated to vote on the next Justice. 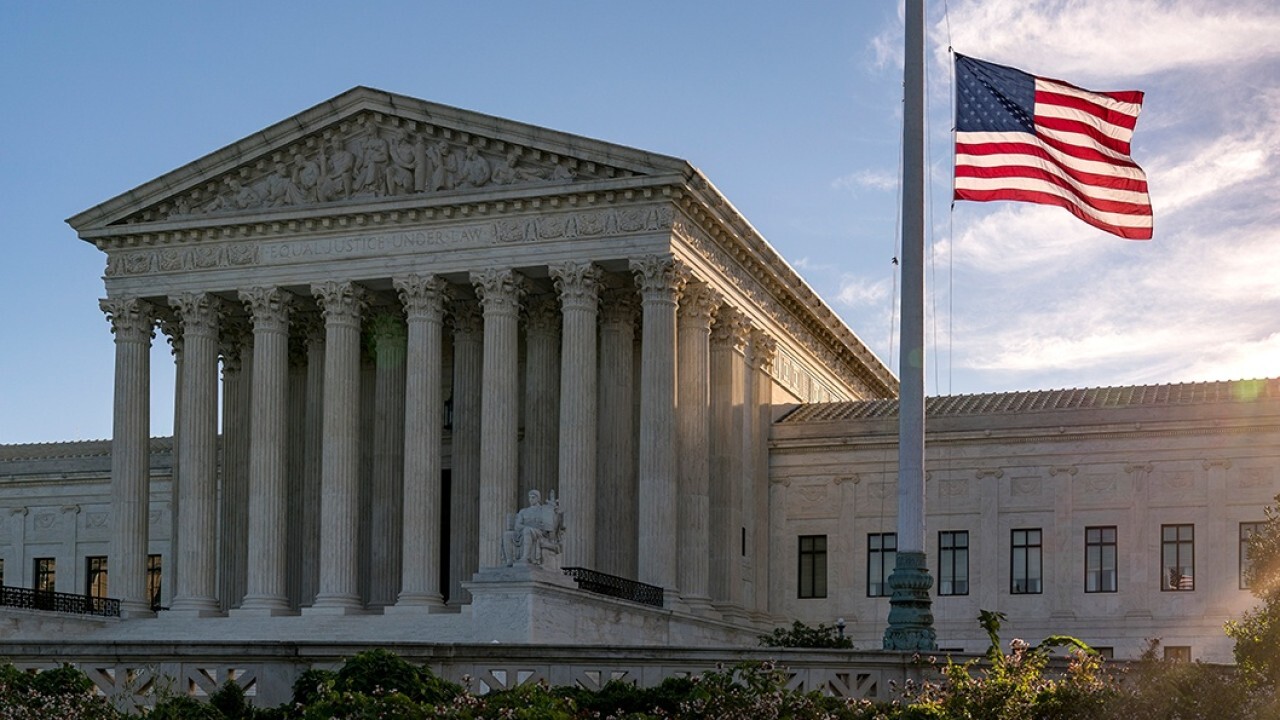 "With an early appointment, all of our rights… that so many people died for — voting rights, reproductive rights, health care rights all of those rights are at risk with this appointment," she said. "So we need to make sure that we mobilize on an unprecedented scale to ensure that this vacancy is reserved for the next president. And we must use every tool at our disposal – from everyday people, especially in swing states. We need everyday people to call on senators, to call on folks on the bubble… to ensure that we buy ourselves the time necessary."

"We all need to be more courageous and we all must act in unprecedented ways to make sure that our rights are stabilized," she added. "And to Mitch McConnell, we need to tell him that he is playing with fire. We need to make sure that this vacancy is protected, that our election continues and that the American people have their say."

Ginsburg passed away Friday at the age of 87 from complications stemming from her ongoing battle with pancreatic cancer.

The president's reelection campaign shared a statement with Fox News on Sunday about Trump's intention is to fill the vacancy as quickly as possible and to do so with a female nominee.

"Voters elected Donald J. Trump president in 2016 and gave Republicans an expanded majority in 2018, so the people already have spoken," communications director Tim Murtaugh said in a statement.

Senate Republicans are expected to consider the president's nominee before the November election and have publicly stated their intention to hold a confirmation vote without delay, per McConnell.