WHEN pubs reopen on Saturday, Britain will be all the better for it.

Not because we can enjoy a cheeky pint or three with our mates. 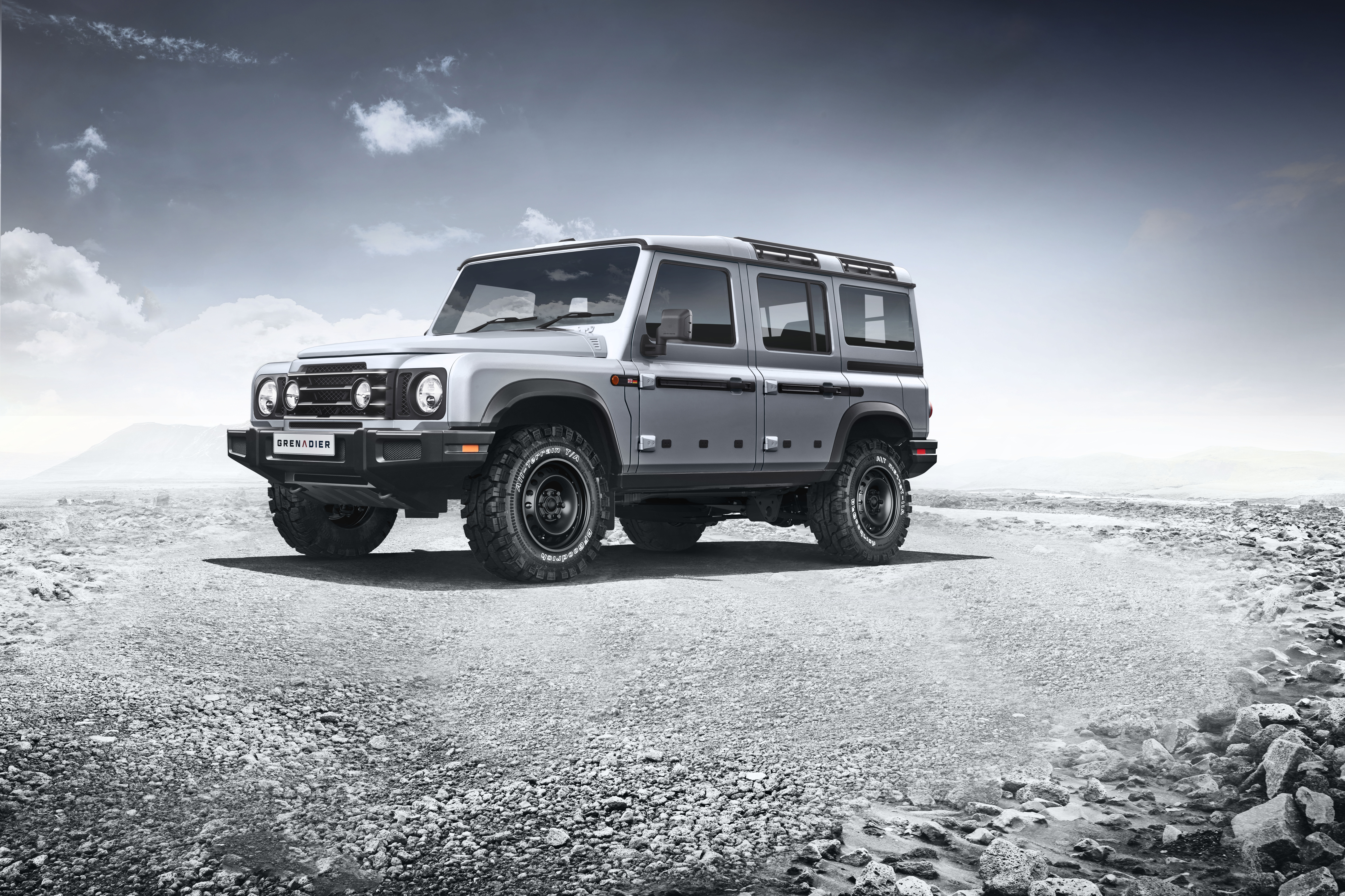 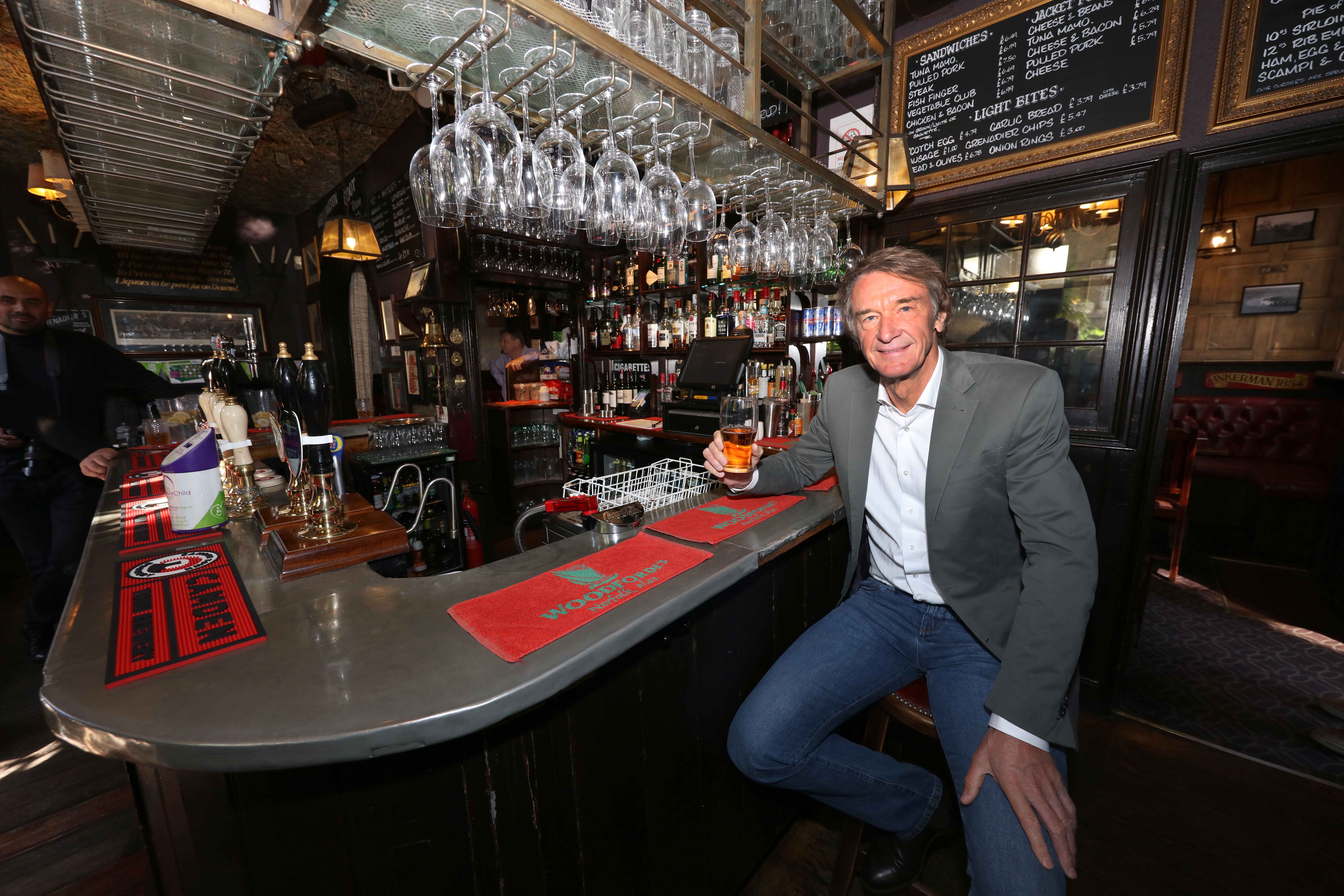 Not for the bants. Or the fact we are supporting local businesses.

But for all of those reasons combined and also because some of the best ideas are hatched down the pub.

Sir Edmund Hillary is a great example. He climbed Everest after plotting the expedition at a boozer at the foot of Snowdonia.

Then there’s Bloodhound — the 1,000mph rocket car — thought up by speed kings Richard Noble and Andy Green over a pint. 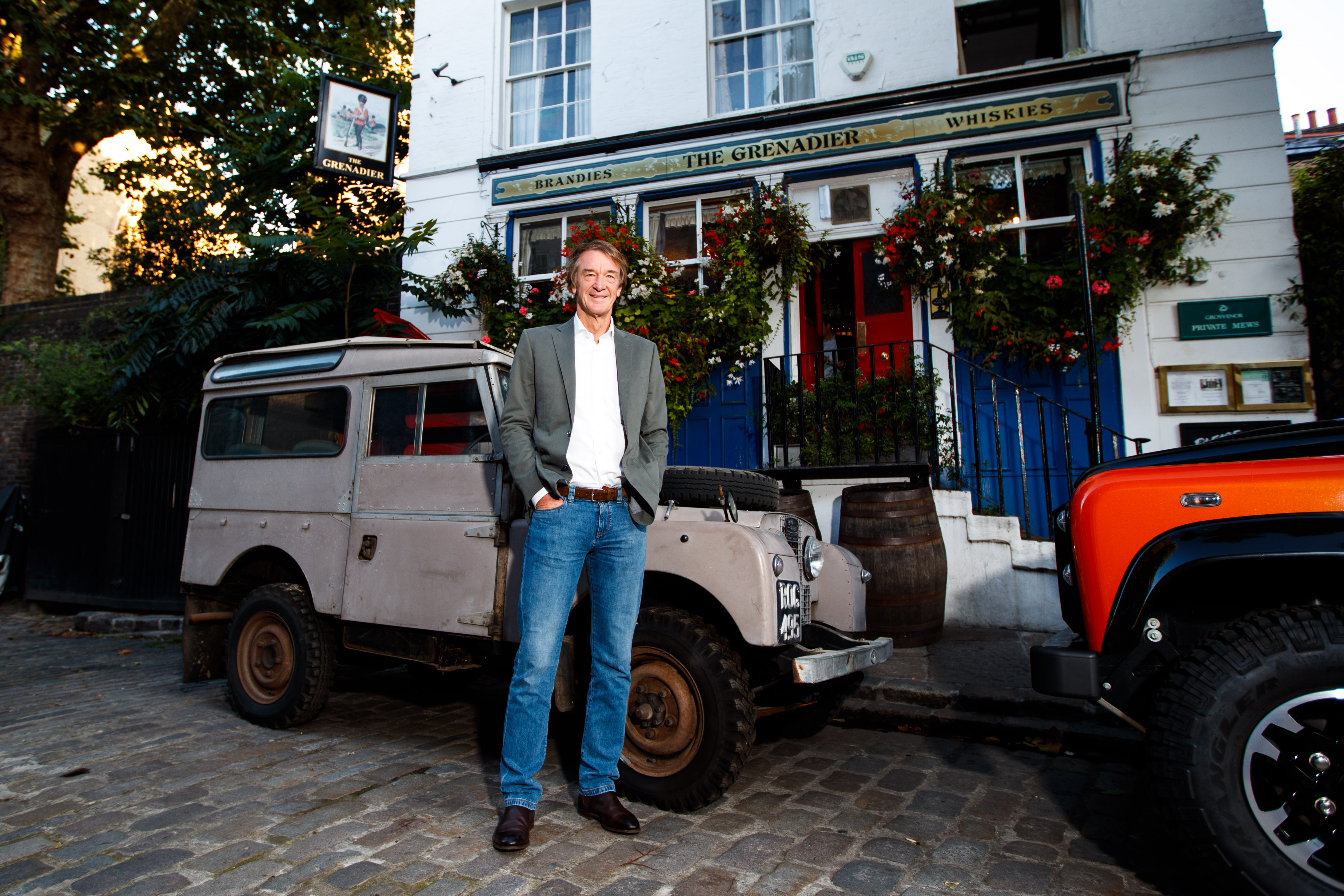 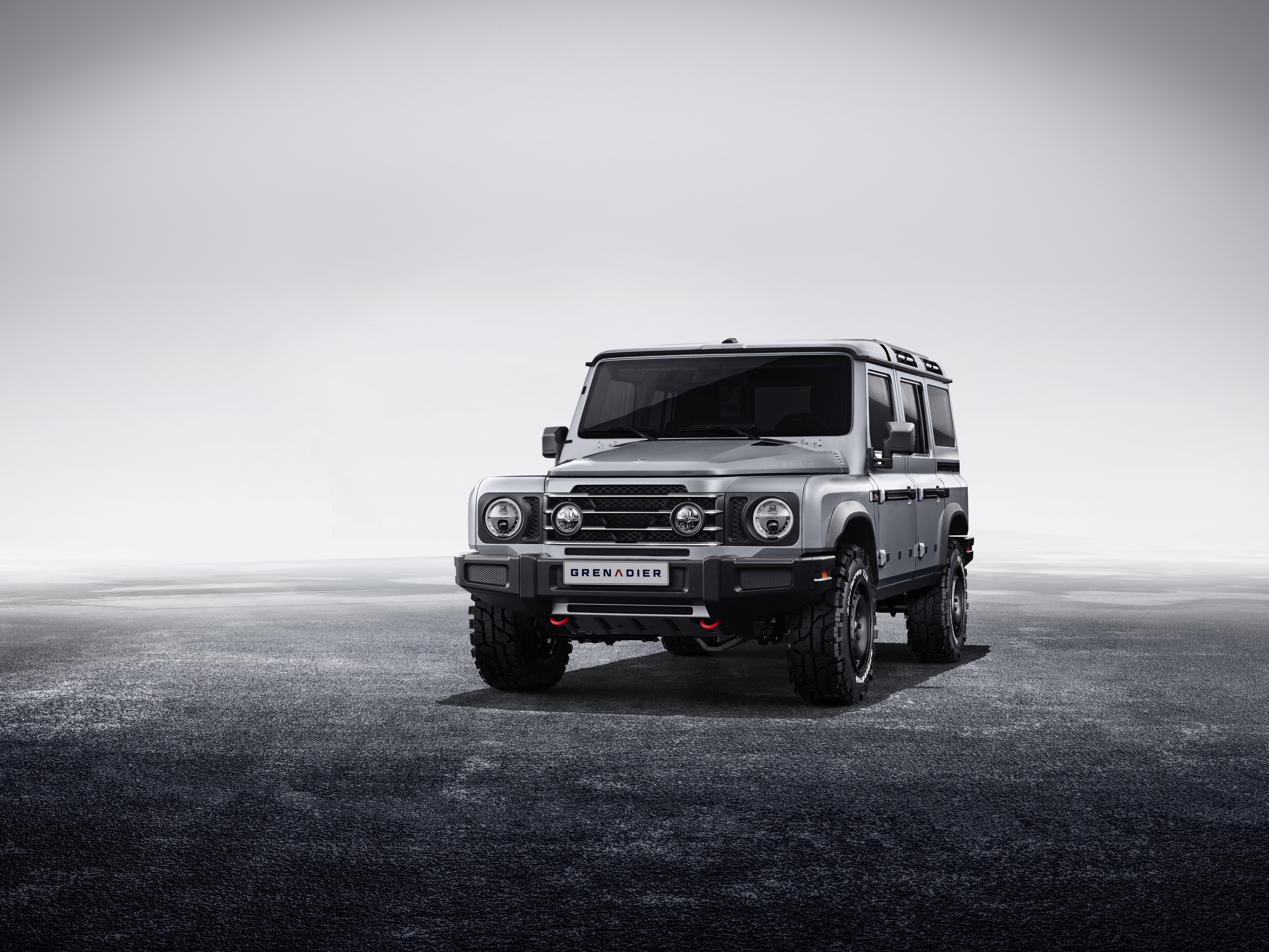 Now you can add petrochemicals billionaire Sir Jim Ratcliffe to that list.

He was at his favourite watering hole chatting to pals about the demise of the old Land Rover Defender when he said: “Do you know what, lads. Let’s build our own proper 4×4.”

Or words to that effect. And here it is — the Grenadier — named after the pub where it all began.

It’s a no-nonsense work tool that can be hosed down inside and out. Pick-up version to follow. And the price tag will be thirty-something thousand pounds when it hits the road in 2022. 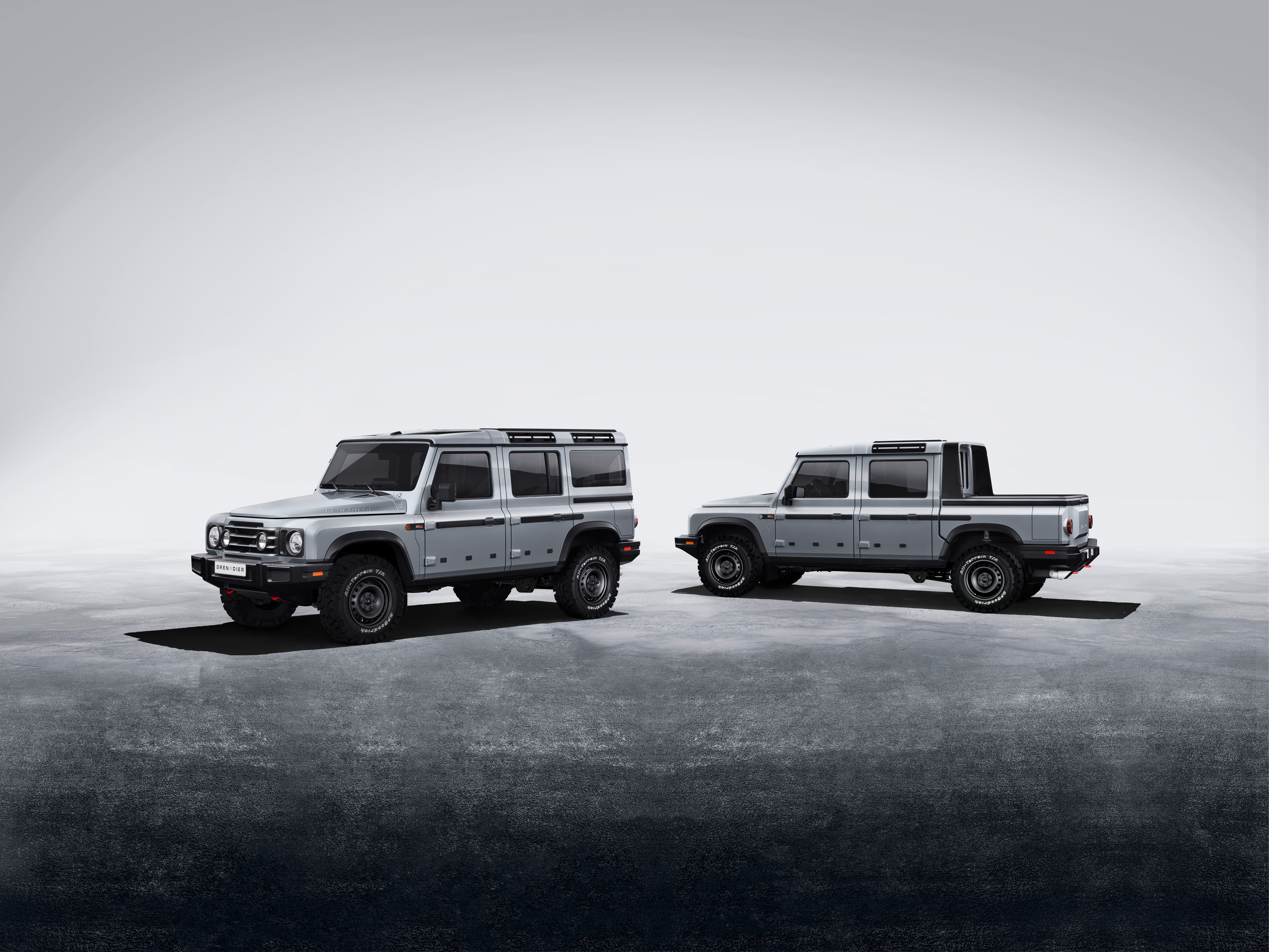 Does it look a bit like a Merc G-Wagen at the front? Yes, but who cares? It’s got the same minerals for less than half the price.

And by that I mean ladder-frame chassis, three differential locks and a mechanical transfer box to keep you moving when the road ends. BMW will supply straight-six 3-litre diesel and petrol engines and ZF will provide auto gearboxes. Tasty.

But to top all that, it’s good to know that Grenadier will be assembled in Bridgend in South Wales, creating up to 500 jobs.

It’s far too early to even begin to compare it to the new Defender but at least farmers and adventurers will have a choice. 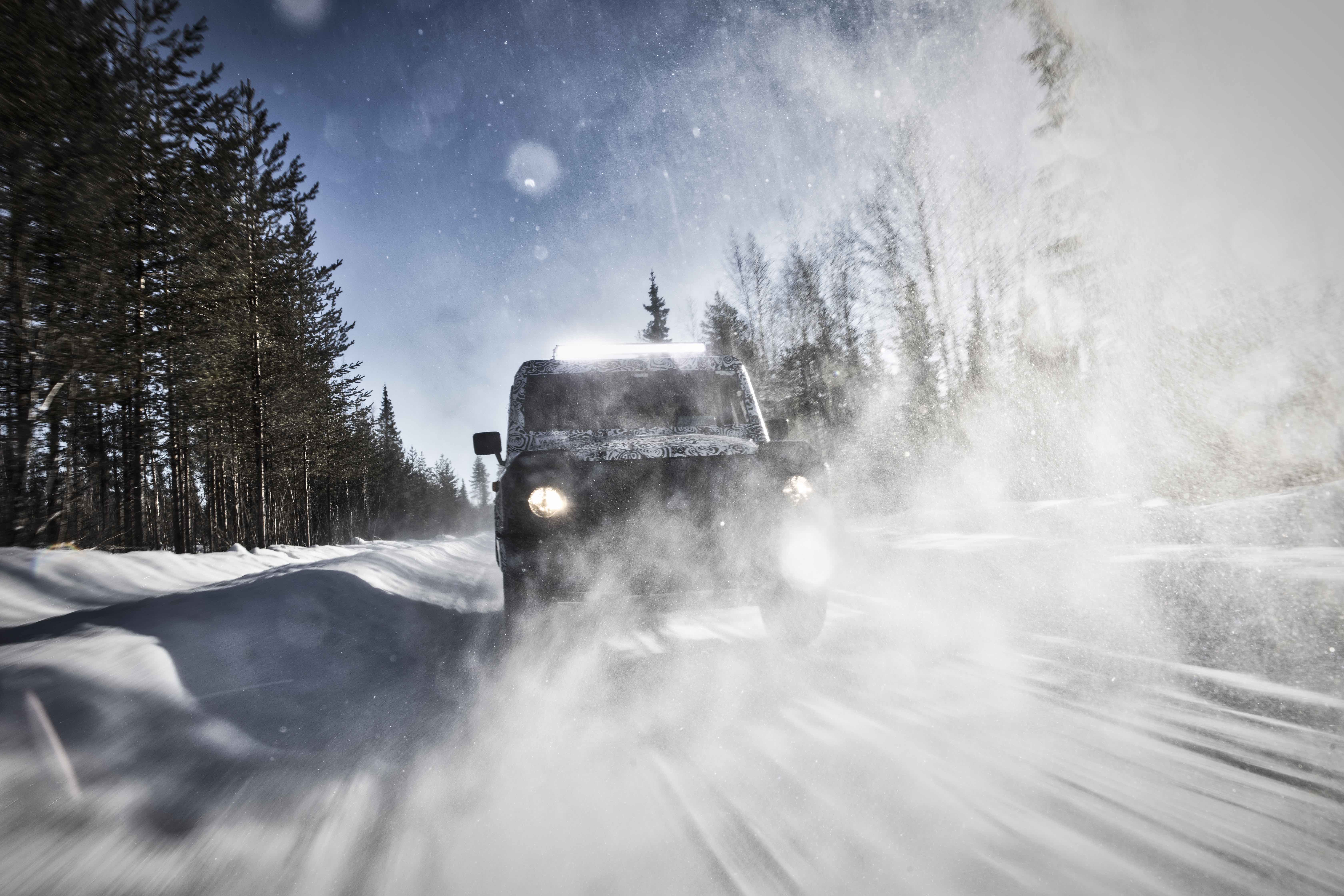 Mark Tennant, commercial director at INEOS Automotive, said: “We’re 18 months from the start of production but we’ve got no models to protect, no sales to protect, so we thought, ‘Let’s share it’.

There’s no need to faff around with camouflage while we’re testing it. It doesn’t need to be a secret.

“The growth of the SUV market has been phenomenal but where others have moved on-road and more upmarket, our focus is off-road.

“This isn’t another jelly mould or cookie cutter SUV. It’s a utilitarian 4×4. A working tool for doing a job. But with the safety systems everyone expects. We’re confident there is a market out there and we want customers to enjoy it rather than it being out of reach.”

Grenadier can carry a tonne and tow 3.5 tonnes. It can take a pallet between the double rear doors and there are exterior stowage boxes above the rear wheel arches for wet kit.

INEOS also plans a short-wheelbase two-door version and revealed that future Grenadiers could be powered by a hydrogen fuel cell.

Final observation. The A symbol is not a nod to Gulf War tanks or even a Spartan shield. Tennant said: “We just thought it looked quite cool.”
I’ll drink to that.

Just when you thought that guidelines for the film and TV industry’s safe return to work were in place and ready to implement, Cathy Repola, executive director of the Editors Guild, IATSE Local 700, says that those protocols “are still in the works.” In a video message to her members today, she said: “We are still in discussions with the AMPTP and with IATSE and the above-the-line guilds to try to put together standardized protocols that will apply across the board.” Those discussions, she told her members, “are ongoing, and at such time when they’re completed, you will certainly be among the first to know.”

Watch her video message above.

On June 12, Hollywood’s unions released their detailed protocols for the safe resumption of film and TV production – a joint effort by the DGA, SAG-AFTRA, IATSE and the Teamsters. The 36-page report (see it below) is designed to implement the more general guidelines set forth in a White Paper on reopening that was issued on June 1 by the Industry-Wide Labor-Management Safety Committee Task Force. Like the White Paper, the unions’ protocols stress that testing and social distancing are the keys to a safe reopening.

But Repola told her members today that “if any of you are asked to report to work, and you’ve not heard anything further from us that there are protocols in place, you should reach out to the guild staff right away and make sure that we can help you navigate through whatever the company is telling you, and whatever they are saying they will provide to you, to assure the utmost concern for your health and safety.”

Repola also addressed the “current escalation of awareness in this country of the systemic racism that has been going on here for decades that many of us have either chosen to ignore or buried our heads in the sand about. I assure you, I am not burying my head in the sand at all. In fact, while I haven’t been speaking publicly about it a great deal, I have been in a lot of dialogue and doing a lot of research and a lot of reading. I think as a union, we can do better – we must do better. I think it’s time for me to do a lot of listening, as opposed to maybe a lot of talking. I want to understand what our black members are going through in their work environments; how it feels to have a lack of diversity within their working areas. I want to know what they think we can do as a union to improve on all of that.”

Her comments come a day after IATSE international president Matthew Loeb and the union’s entire executive board acknowledged the union’s role in failing to upend “systemic racism in the arts and entertainment industry,” calling for industrywide action and vowing to do the “hard work” needed to “create real, lasting change.”

Repola, noting that her local already does outreach to film schools and other organizations that bring newcomers with diverse backgrounds into the industry, promised that “we are going to increase that.” She also said that the local will be holding seminars and training on racism, discrimination and unconscious bias, and “to do absolutely anything within our power as a union to help all of our members.“

“I think we need a collaborative solution,” she said. “I think we need a lot of dialogue. I think we need to show a lot of respect for different viewpoints. I think we need to provide a lot of education; we need to listen to one another; we need to come together to collectively make change. This will never get better for our black members, or other members who feel underrepresented, if we don’t come together, uplift one another, and do this as an organization that wholeheartedly embraces all of our differences and sees the value that we all have to add – not just to this union, but to the post-production community … as an industry; as a country. We can make a difference. I know we can. And I am committed to working with you to do so.”

Bob Prince, co-chief investment officer of the world’s biggest hedge fund at Bridgewater Associates, said the impact of the coronavirus pandemic could last 18 to 24 months, complicating monetary and fiscal policy efforts to bolster the economy.

“There’s a huge amount of uncertainty,” Prince, who helps manage the firm’s investment process alongside co-CIOs Ray Dalio and Greg Jensen, said Wednesday in an interview during the Bloomberg Invest Global virtual event.

Bridgewater’s hedge fund has suffered losses this year amid the market chaos surrounding the coronavirus pandemic. The firm’s flagship Pure Alpha II fund fell 20% in 2020 through May. Bridgewater got hit by the crisis at “the worst possible moment,” when its portfolios were positioned to profit from rising markets, Dalio wrote in mid-March. The Westport, Connecticut-based firm saw a 15% drop in assets during March and April, declining to $138 billion.

Bridgewater wasn’t alone in getting caught on the wrong side of a sell-off that began in late February. Several prominent names have stumbled as the spread of the pandemic halted the economy and put an end to Wall Street’s longest-ever bull run. But U.S. stocks have since defied initial gloomy expectations, rallying 37% since the March low, with stimulus from the Federal Reserve and the easing of lockdowns fueling hopes for a fast recovery.

Prince has previously said that the fund is exploring ways to capitalize on the resilience of basic goods and services as companies that sell household staples such as fruits and vegetables have seen cash flows steadily climb during the quarantine. He’s also said that there could be a “duration mismatch” between how long and deeply the pandemic hits in relation to how long fiscal and monetary spending can continue, and warned that fiscal policy is replacing missing income but not necessarily lost spending.