Florida’s Covid-19 cases jumped by the most during the pandemic, two days after the previous high, a sign that the outbreak is expanding and leading to more serious clinical consequences.

Florida Governor Ron DeSantis has ruled reimposing a lockdown, but hospitals and local officials officials are taking note of the rising trend in cases.

Miami-Dade County is under an overnight curfew and entertainment venues are closed in the state’s most populous county amid a surge in Covid-19 patients in intensive-care units and hospitals. Jackson Health System, which operates one of Florida’s biggest hospitals, said it will limit inpatient surgeries and procedures to emergency and urgent cases starting Monday.

Cumulative hospitalizations rose by 244, or 1.6%, to 15,735, slowing from the pace from the day before. The median age of patients dropped to 35 from 37 the previous day.

The rate of people testing positive for the first time fell to 14.1% on Friday, from 14.9% a day earlier.

— With assistance by Jonathan Levin

Florida Gov. Ron DeSantis (R) insisted Tuesday that he would not reintroduce COVID-19 restrictions despite a resurgence of coronavirus cases following a reopening of the state’s economy.

“We’re not going back, closing things,” the governor told reporters, adding that he didn’t believe the state’s economic reopening was the cause of the virus spread but rather that it was social interactions among younger Floridians.

“I mean, people going to business is not what’s driving it,” he said. “I think when you see the younger folks, I think a lot of it is just more social interactions, and so that’s natural.”

The New York Times reported Sunday that Florida’s COVID-19 cases had increased fivefold in just two weeks. The state reported 9,585 new cases on Friday ― a record-breaking daily tally. In all, more than 150,000 virus cases have been reported in the state.

Amid the spike, Florida officials on Friday barred the sale of alcohol in bars ― and both Miami-Dade and Broward counties shuttered their beaches for the Fourth of July weekend.

DeSantis said, however, that the state would otherwise be going ahead with its reopening plans.

“We’re open. We know who we need to protect. Most of the folks in those younger demographics ― although we want them to be mindful of what’s going on ― are just simply much, much less at risk than the folks who are in those older age groups. So, protecting the vulnerable, you know, really is significant,” he said.

Dr. Anthony Fauci, the country’s top infectious disease expert, said Tuesday that the U.S. could see as many as 100,000 new coronavirus infections daily if states like Florida, Texas and Arizona ― where surges of new infections have recently been reported ― don’t take steps to stem the spread.

At least 17 states, including Texas, have put the brakes on their reopening plans as virus cases have spiked.

“The numbers speak for themselves. I’m very concerned. I’m not satisfied with what’s going on because we’re going in the wrong direction,” Fauci, the director of the National Institute of Allergy and Infectious Diseases, said. “Clearly we are not in total control right now.”

Fauci said he wouldn’t be surprised to see new cases rise by 100,000 a day if recent surges don’t turn around, up from the current level of about 40,000 a day. As for the number of deaths, “it is going to be very disturbing, I guarantee you that,” he said.

Fauci and other witnesses cited indoor gatherings as a major cause of recent spikes, singling out bars in particular. On Monday, Arizona paused operations at bars, gyms and movie theaters. Florida and Texas took steps to rein in bars on Friday, with Florida banning consumption of alcohol in bars and Texas closing them altogether. New York, New Jersey and Connecticut, former hot spots earlier in the pandemic, added 16 states to their self-quarantine orders for visitors.

Robert Redfield, director of the Centers for Disease Control and Prevention, noted that in addition to the rise in new cases, hospitalizations are up in 12 states. The U.S. has recorded more than 2.6 million Covid-19 cases in total, with more than 126,000 deaths from the virus, according to data compiled by Johns Hopkins University.

Redfield and Fauci appeared before the Senate health committee for a hearing on reopening U.S. businesses and returning students to school. Fauci said schools may need to consider online classes or staggered schedules to safely bring students back. The CDC will issue guidance for schools on Tuesday.

Senator Lamar Alexander of Tennessee, chairman of the committee, opened the hearing with comments on wearing masks, saying the issue shouldn’t be as politicized as it’s become and that he’s asked President Donald Trump to wear a mask to set an example. Vice President Mike Pence appeared in Texas over the weekend in a mask and spoke about the value of covering your face in protecting against the virus.

Fauci told the panel, “I think we need to emphasize the responsibility we have as individuals and as part of a societal effort to end the epidemic and we all have to play a part in that.”

Several drugmakers are racing to complete clinical trials of vaccine candidates, with some expecting to wrap up in months studies that under previous circumstances have tended to take years. The Food and Drug Administration laid out standards for approving an inoculation, saying any candidate would have to be at least 50% more effective than a placebo.

Fauci said that he’s “aspirationally hopeful” that a vaccine for Covid-19 will be ready in early 2021, though he cautioned that there’s no guarantee that a safe vaccine will be developed.

Some health experts have expressed worry that FDA will rush to approve a vaccine before enough is known about safety or efficacy but the agency sought to allay those fears with the guidance.

As for airlines, while the CDC hasn’t focused on their plans, American Airlines Group Inc.’s announcement on Friday that it would resume selling flights to capacity on July 1 rather than capping passengers to keep them socially distanced caused “substantial disappointment” among public health officials, Redfield said.

Graphic video showed a man firing more than dozen shots into a protest Saturday in Louisville, Kentucky, killing one person and injuring another at a park where demonstrators gathered against the police shooting of Breonna Taylor. Taylor, a Black emergency room technician, was killed in her apartment on March 13, after three police officers opened fire while carrying out a no-knock warrant.

President Donald Trump deleted a tweet in which he shared a video that briefly featured a supporter yelling “White power!” He also tweeted Sunday that “the Vandalism has completely stopped” after he signed an executive order to prosecute people who damage monuments or statues. The president has ramped up criticism of the protests since the death of George Floyd on May 25, comparing the tactics of the Black Lives Matter movement to “terrorism” in an interview published Saturday.

Mississippi legislators could begin voting as early as Sunday to formally remove the Confederate emblem from the state flag. Both houses voted Saturday by a two-thirds majority to advance a bill to remove the emblem, the last on any state flag. The state’s Republican governor, Tate Reeves, said he would sign it immediately.

Throngs of protesters are expected in New York City Sunday for the 50th anniversary of the march commemorating the Stonewall uprisings. The traditional parade has been canceled because of Covid-19.

Democratic leaders in Orange County, California, are pushing to drop the name of film legend John Wayne from its airport because of racist comments he made in a 1971 interview, the Los Angeles Times said. 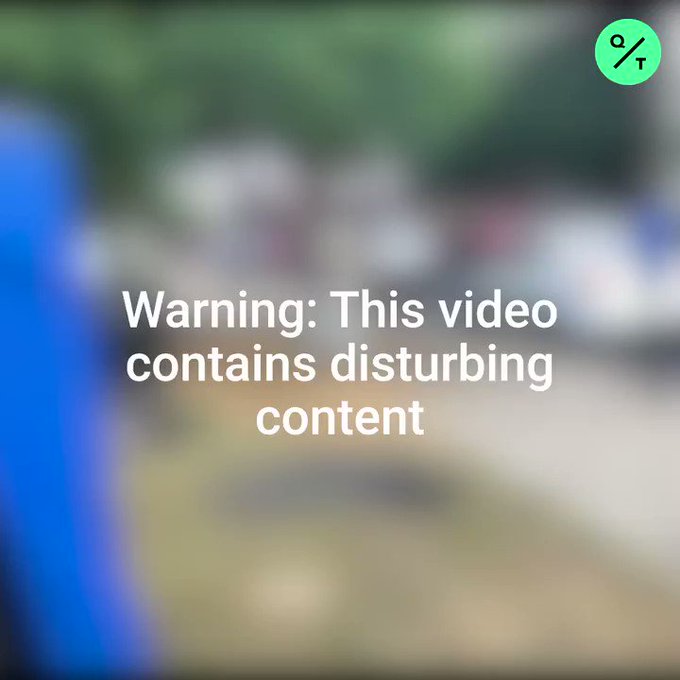 It’s the 50th anniversary of the Pride Parade: 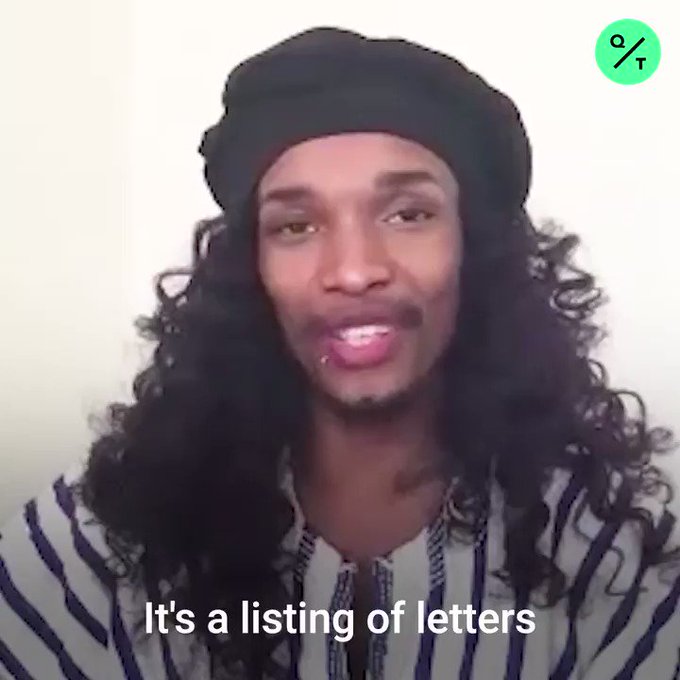 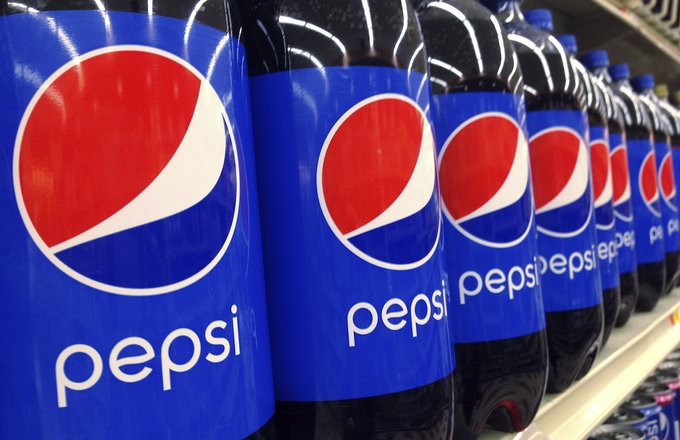 Mississippi’s legislature votes to advance a bill to remove Confederate emblem from the state flag: 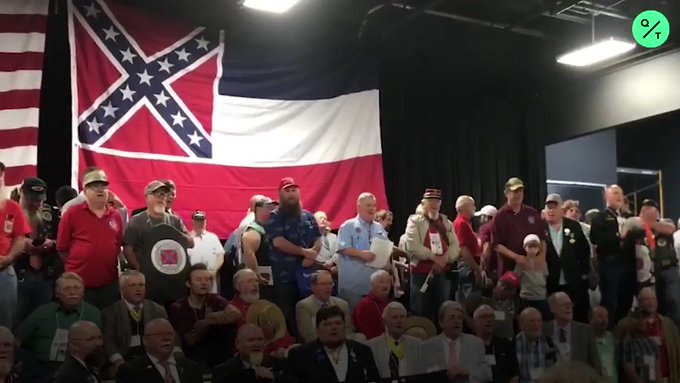 The school district in Oakland, California, votes to disband its police force: 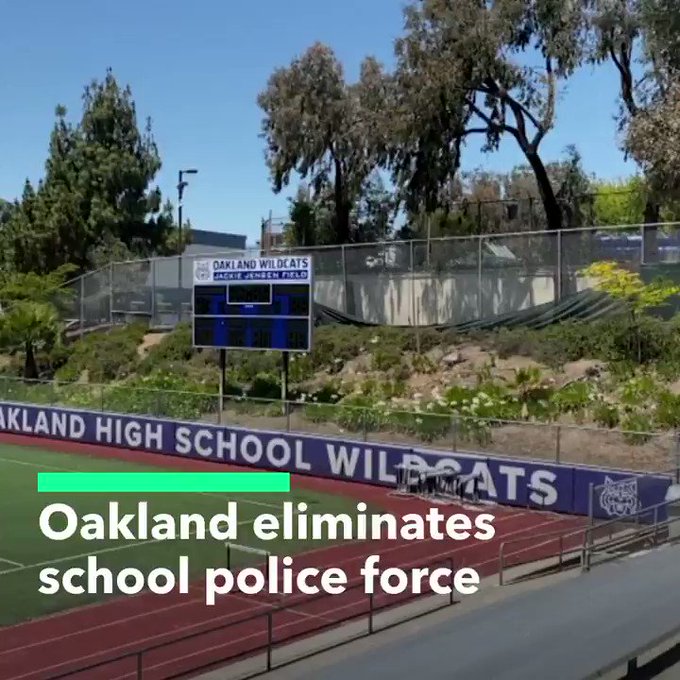 K-pop fans are making a mark in U.S. politics: 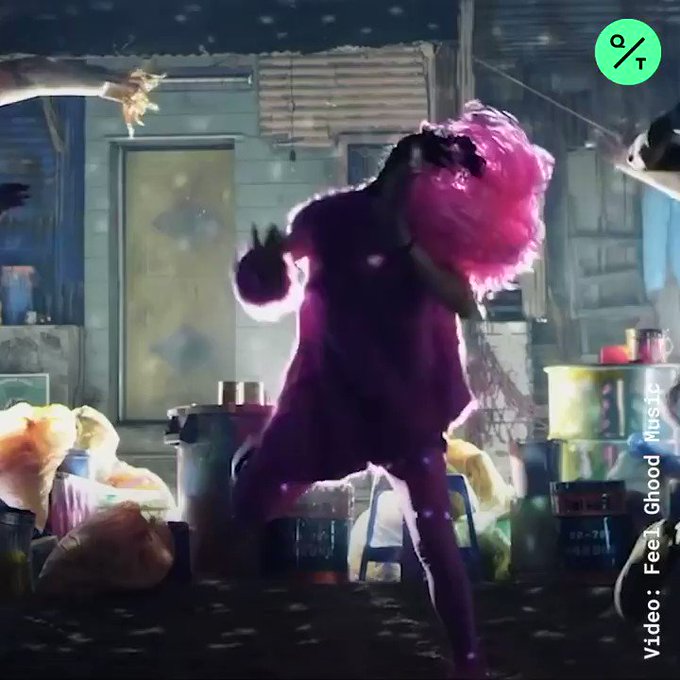 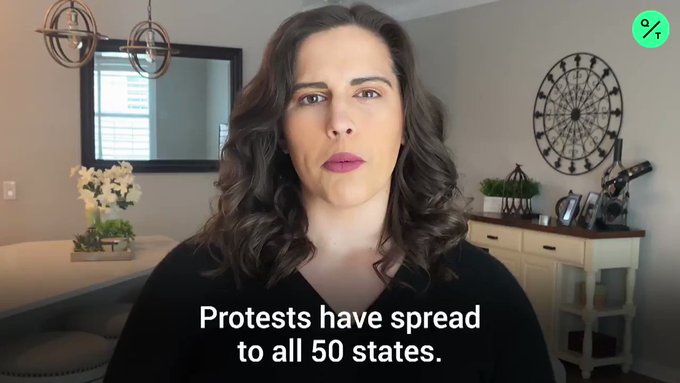 Data scientist on bias in algorithms: 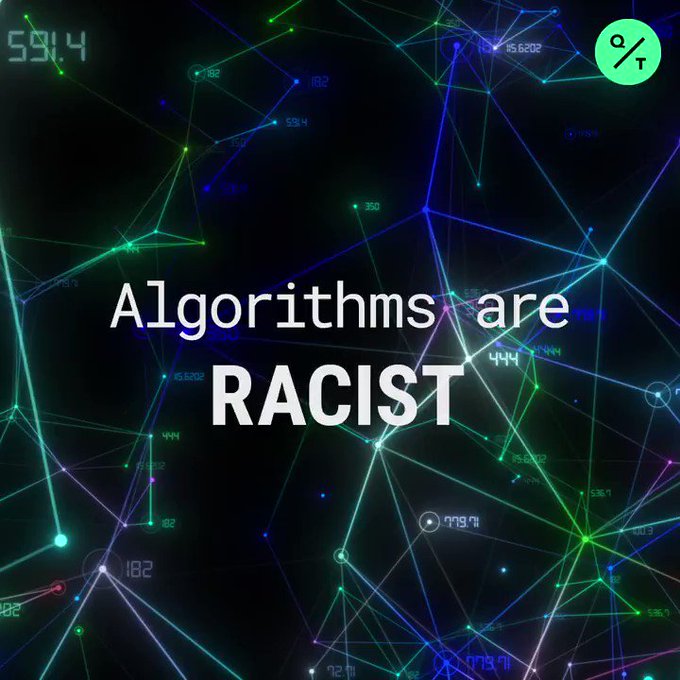 — With assistance by Ian Fisher

The governors of Florida and Texas have decided that recently reopened bars are the cause of record levels of new coronavirus cases in their states. On Friday, they closed down the bars there, shuttering businesses just getting back to work.

Seven states are reporting new highs for coronavirus hospitalizations, according to the Washington Post. They include Arizona, Arkansas, California, North Carolina, South Carolina, Tennessee and Texas. More than 800 COVID-19 deaths were reported in the United States on Tuesday, the first time fatalities have increased since June 7.

While Los Angeles County bars and restaurants are not yet under new shutdown orders, many owners are warily watching the situation unfolding elsewhere, as cases continue to spike in their area. Many Florida and Texas venues reordered supplies in anticipation of a surge, and now those investments in goods may not provide a return.

Officials blamed the renewed shutdowns on a lack of social distancing and not wearing masks, but also admitted that more widespread testing may be contributing to the rising numbers. Still, no one was taking any chances, and other states are taking notice. Overseas, Beijing, Singapore and Hong Kong all had to renew their quarantine efforts after reopening, so there are lessons to be learned already in place.

In California, Gov. Gavin Newsom has recommended imposing a strict stay-at-home order for rural Imperial County, located east of San Diego. It now has the highest test positivity rate of any county in the state.

California is monitoring several other counties where cases have spiked. The rise of new cases has caused Newsom to hold back on orders that would open other industries across the state, including movie theaters,  Disneyland and other amusement parks, which were targeting mid-July for reopening.

Several San Francisco Bay Area counties have also held back on adding to business reopenings as they monitor the situation. As San Francisco itself has a surge, it will pause its reopening, the city’s health director said Friday. Businesses scheduled to reopen Monday will now stay closed, said Dr. Grant Colfax, director of the San Francisco Department of Public Health. They include hair salons, barbershops, tattoo parlors, zoos, outdoor bars and outdoor swimming pools.

As new infections spiking in half of U.S. states with reopening, cases in Florida surged to more than 100,000, becoming the seventh state to cross the mark in the country.

With nearly 3000 new cases reporting on Monday, the total number of infections in the populous state increased to 100,217. A total of 3,173 people died of the deadly diseases so far in Florida.

Considering the alarming situation, the state health authorities have issued strict warning. Surgeon General Scott Rivkees has urged people to wear face coverings in any setting where social distancing is not possible.

Texas Governor Greg Abbott said COVID-19 is spreading at an unacceptable rate in the state. He warned that if situation worsens, he may be forced to close down Texas again.

Separately, speaking in a television interview, President Donald Trump said that the total number of U.S. COVID deaths could go up to 150000 and beyond.

The coronavirus death toll in the United States passed 120,000 on Monday. With 26555 new cases reporting in the last 24 hours, the total number of cases in the country increased to 2,312,302, as per Johns Hopkins University’s latest update on Tuesday.

Health experts warned that Covid-19 cases are rising among young generation in the South and West.

CNN quoted former acting director of the US Centers for Disease Control and Prevention, Dr. Richard Besser, as saying that he sees some real danger signs for the states of New York, New Jersey and Washington DC, which have entered their second phase of reopening.

After a lull in deaths and infections, New York reported 51 additional coronavirus-related fatalities Monday, taking the total death toll to 31176.