With tens of thousands of airline workers facing layoffs this fall, labor groups are pushing Congress for more federal money to keep them on the payroll until next spring.

The unions have gained significant support among Democrats. They hope that the prospect of mass layoffs weeks before a pivotal election will sway some Republican votes.

The airline industry has been battered by the virus pandemic. In March, companies got $32 billion to help cover payroll costs for six months in exchange for not laying off workers. The money and the ban on layoffs both end Oct. 1, meaning there could be large-scale job cuts less than five weeks before the Nov. 3 election.

“Ultimately the White House will be responsible for that, and so will the 23 Republican senators who are up for re-election,” said Sara Nelson, president of the Association of Flight Attendants. “I don’t believe that’s a political risk that anyone is willing to take.”

But approval is far from certain. Airlines are already downsizing — persuading thousands of workers to take voluntary buyouts or early retirement. And they have lined up billions of dollars in private borrowing, giving them a better chance of surviving a long slump in travel.

The CEO of Southwest Airlines said he supports an extension of federal dollars for airline payrolls, but he doesn't see the same urgency in Washington.

Back in the spring, “there was broad support from Congress, the administration and even the president," Gary Kelly said. "This time around, that is not the case.” 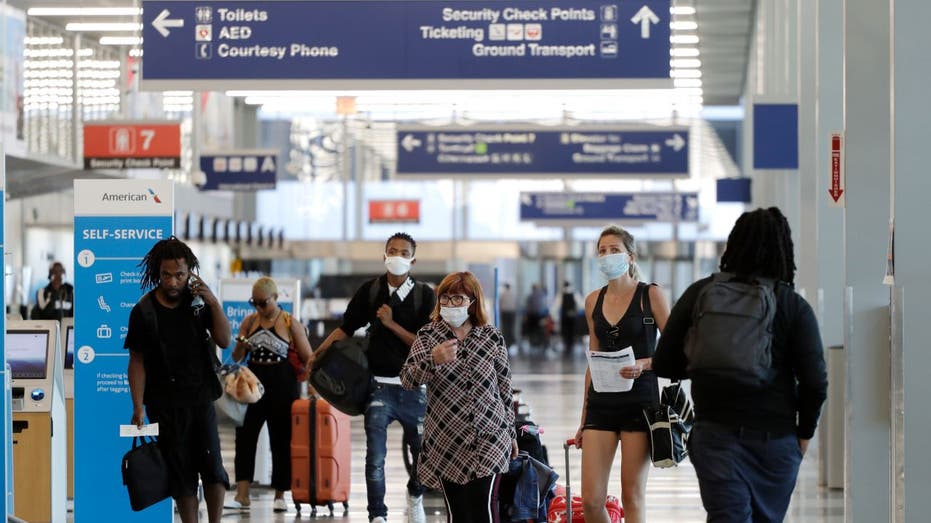 Kelly made the comments in an employee video after a union representing flight attendants and other Southwest employees asked him to publicly support the payroll-aid extension.

Thirteen airline unions have joined to lobby Congress for a six-month extension of the payroll provision. Of the total, $25 billion would go to passenger airlines.

Major airlines support the extension, but they are keeping a low profile. Union and airline representatives fear that if the big airlines openly lobby for the money, it could be portrayed as a bailout.

Airlines for America, the trade group for the biggest U.S. carriers, said it is not pursuing new government help but would take it if no new conditions were attached. A group representing smaller carriers, the Regional Airline Association, has been more vocal in urging Washington to approve the money — two of its members have already shut down during the pandemic and a third is in grave jeopardy. 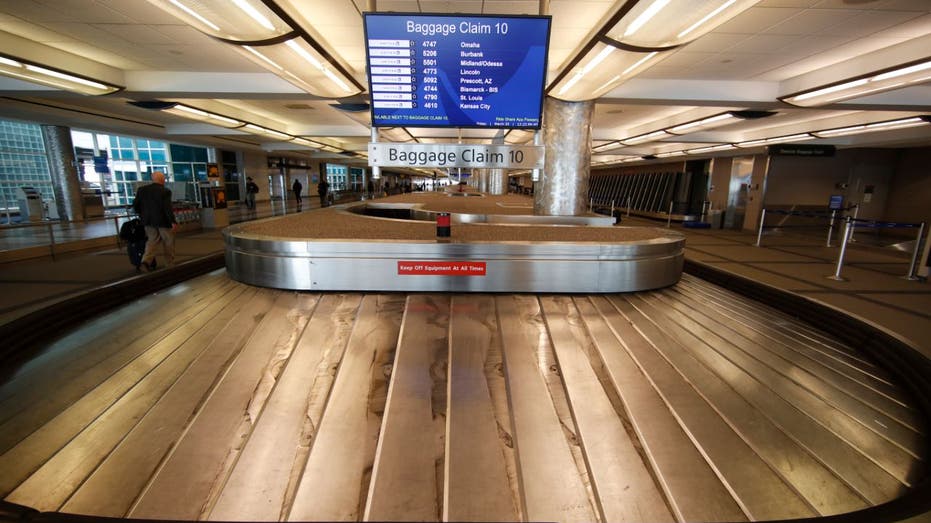 In this March 20, 2020 file photo, an empty baggage carousel spins in Denver International Airport as travelers deal with the spread of the coronavirus in Denver. (AP Photo/David Zalubowski, File)

JETBLUE TO TEST UV CLEANING TO COMBAT CORONAVIRUS INSIDE PLANES

The union campaign is showing signs of momentum. This week, more than 220 lawmakers in the House — mostly Democrats, but joined by 28 Republicans — endorsed the money, which they hope to include in a new coronavirus-relief package being negotiated on Capitol Hill. Prospects in the Republican-controlled Senate and the Trump administration are less clear, however.

In the Senate, Majority Leader Mitch McConnell, R-Ky., did not include airlines in his $1 trillion coronavirus relief proposal. Some Senate Republicans say McConnell’s measure is already too expensive, and they could object to tacking on another $32 billion.

The Trump administration hasn’t stated its position on a second round of relief. Treasury Secretary Steven Mnuchin said recently that airlines need more help to survive the travel downturn caused by the pandemic but gave no details. The Treasury Department declined to comment on the matter this week.

The issue will be decided when negotiators try to reconcile McConnell's plan and a $3.5 trillion coronavirus-relief bill that the House passed in May. 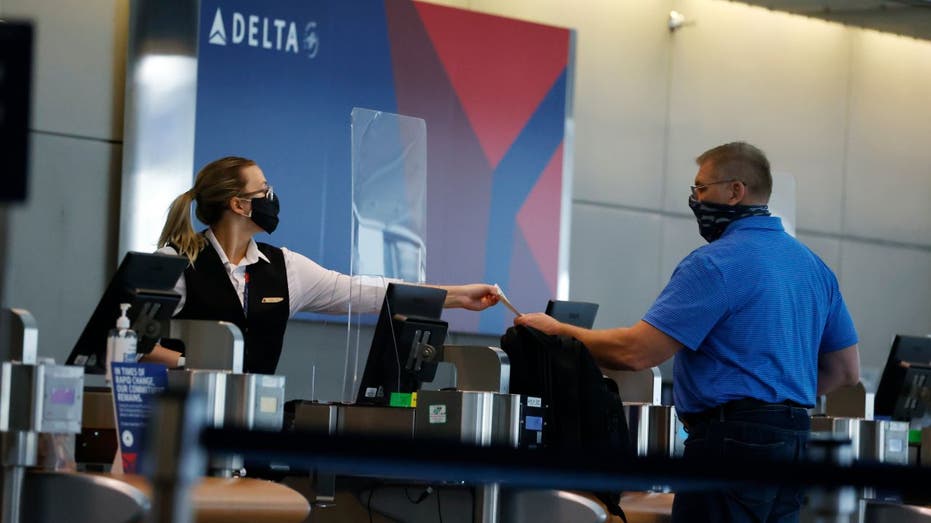 A ticketing agent for Delta Airlines hands a boarding pass to a passenger as he checks in for a flight in the main terminal of Denver International Airport in Denver. (AP Photo/David Zalubowski, File)

It is unknown exactly how many jobs airlines will cut. United Airlines sent layoff notices to 36,000 employees and warned pilots this week that there could be more furloughs — the industry's term for termination of workers who have rehiring rights — later this year or in 2021. American Airlines notified 25,000 workers, Delta Air Lines warned more than 2,500 pilots, and smaller airlines also sent out notices. Southwest said it doesn’t expect to furlough anybody in 2020.

U.S. airlines had about 750,000 employees before the pandemic hit, according to their trade group.

The original payroll aid in grants and low-interest loans was approved as air travel collapsed by 95%. The money was intended to save airline jobs until travel rebounded, but that has not happened. Slow growth in May and June stopped in July, and U.S. air travel is still down more than 70% from a year ago.

House Transportation Committee Chairman Peter DeFazio, D-Ore., said in a letter Monday to House and Senate leaders of both parties that travel won’t recover by Oct. 1.

“Without further relief from Congress, mass layoffs among airline industry workers are inevitable — and their magnitude will eclipse those of any furloughs the industry has ever seen,” DeFazio wrote.