Several countries around the world, including the US and UK, have proposed measures to protect Hong Kongers from the harsh new national-security law that criminalizes dissent against the Chinese Communist Party.

The Hong Kong government formally adopted the law at 11 p.m. Tuesday, and the full text of the bill was not made public until after it had already passed. Those charged with the most severe offenses — like undermining the Chinese government — face a maximum penalty of life in prison.

The new law has already been used to arrest at least ten pro-democracy protesters who gathered on July 1, the anniversary of the British handover of Hong Kong to China in 1997.

Here are all the countries who have proposed measures or are considering them.

Hong Kong operated under British colonial rule for more than 150 years until its sovereignty was passed to China in 1997. Now, Britain says it will offer UK citizenship to about 3 million Hong Kongers. 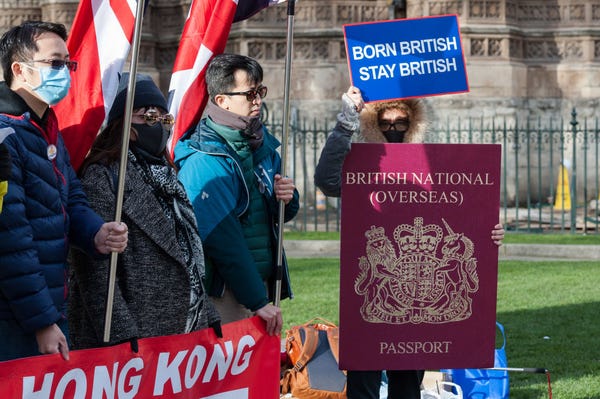 The UK signed a treaty with China in 1984 called the Sino-British Joint Declaration, which agreed to hand over Hong Kong's sovereignty to China in 1997 under the promise that Hong Kong would retain a high degree of autonomy from the mainland.

The city operates under its own mini-constitution, called the Basic Law, which allows Hong Kong to maintain its own political, legal, and economic systems separate from China until 2047.

On Wednesday, he announced that about 350,000 UK overseas passport holders, along with 2.6 million other Hong Kong residents, would be able to come to the UK for five years, after which point they will be allowed to apply for UK citizenship.

China condemned the UK offer and warned of "consequences."

"All Chinese compatriots living in Hong Kong, including those with British National (Overseas) passport, are Chinese nationals," the Chinese Foreign Ministry said.

Neighboring island Taiwan, which has its own political disputes with China, opened up a new office to help Hong Kongers flee. 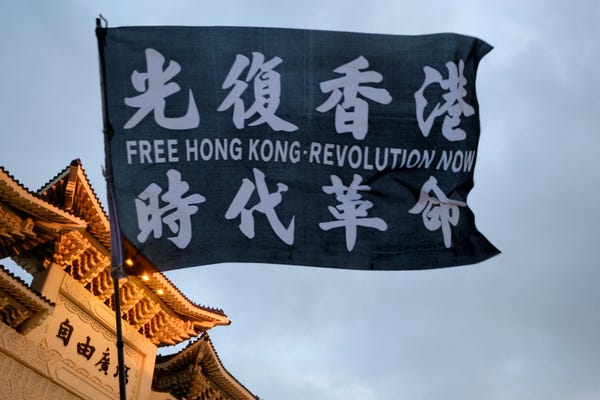 On Wednesday, Taiwan opened the Taiwan-Hong Kong Services and Exchange Office in order to help facilitate asylum for Hong Kongers seeking to flee.

"This is an important milestone for the government to further support democracy and freedom in Hong Kong," Chen Ming-tong, the head of Taiwan's Mainland Affairs Council, said Wednesday.

Chen added that the island now had an opportunity to poach talent from Hong Kong, a global financial capital.

In May, Taiwan's president, Tsai Ing-wen, pledged to support Hong Kong residents seeking asylum, becoming the first head of state to do so. 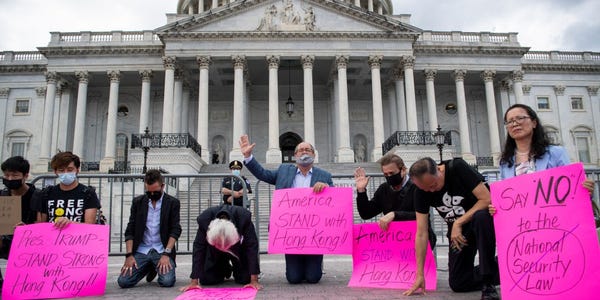 The US, which has been at odds with China over trade in recent years, passed legislation last year to defend human rights in Hong Kong and ensure that the "one country, two systems" agreement was being upheld in order to grant special trade conditions.

The bill also authorizes sanctions against officials involved in human rights abuses against Hong Kong residents and would ensure visa protections for Hong Kongers in the US.

Last week, the Senate passed a bipartisan bill to sanction Chinese officials who violate Hong Kong's freedoms, though it has drawn scrutiny from Trump administration officials.

On Thursday, Republican Sen. Marco Rubio of Florida, along with Democratic Sen. Bob Menendez of New Jersey in the Senate, and Reps. John Curtis and Joaquin Castro in the House, introduced new legislation to give refugee status to Hong Kong residents at risk of political persecution.

The bill, known as the Hong Kong Safe Harbor Act, would open up a route for asylum for "frontline activists in immediate danger." The bill also instructs Pompeo to coordinate with other "like-minded countries" to facilitate the intake of Hong Kong refugees.

"The Hong Kong Safe Harbor Act will empower Hong Kongers to continue their fight for freedom, while letting them know the US and global community have their back," Curtis said.

Australia is "actively considering" proposals to offer a safe haven to Hong Kongers. 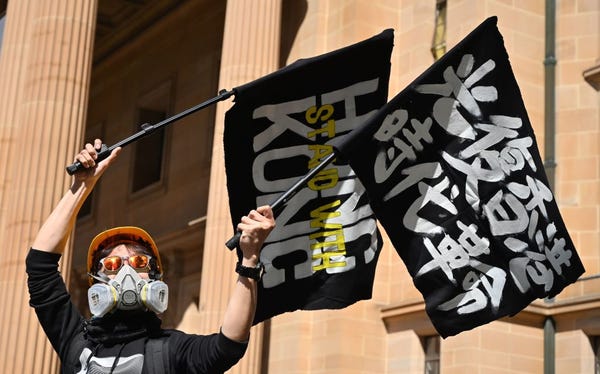 Australian Prime Minister Scott Morrison said he was disturbed by China's crackdown in Hong Kong, and said his cabinet is putting the "final touches" on proposals to protect Hong Kongers.

"We are considering [it] very actively and there are proposals that I asked to be brought forward several weeks ago," he said during a press conference on Thursday, according to the Australian Broadcasting Corporation.

"The final touches will be put on those and they'll soon be considered by Cabinet to provide similar opportunities [to what the UK has offered]," he added.

On June 9, the Australian government announced that it has taken steps to suspend its extradition agreement with Hong Kong. The country also extended visas for some Hong Kong residents by five years and said it would create a pathway to permanent residency for them after that period.

German Chancellor Angela Merkel said asylum in her country is open to all, including Hong Kongers. 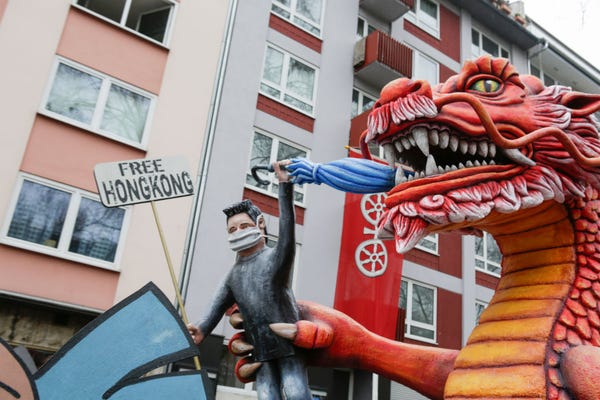 On Thursday, Merkel said Germany would not extend special privileges to Hong Kong refugees, but said the right to asylum in Germany "is available to people everywhere."